Home > About Our Company

Bob Santom has been a pilot since 1992, after obtaining a Private Pilot’s License, through American Flyers in Pompano Beach Florida. Attended very first Airshow shortly thereafter, Sun n Fun in Lakeland Florida, and was immediately drawn to the Ultralights and Kits Planes displayed at the show.

In addition to owning several General Aviation Aircraft, he built and/or owned a variety of kit planes, with his sons, LB and Jonah, which, over the years included Team Airbike, Europa Tri-Gear, Challenger II “Clip Wing Special”, a Quicksilver GT 500, a GT400 and a Sport 2S, and, both Two Place and Single Place CGS Hawks. In addition to being actively involved in the building and flying activities, with their dad, both LB and Jonah have 12 and 13 years of experience respectively in the aviation arena. 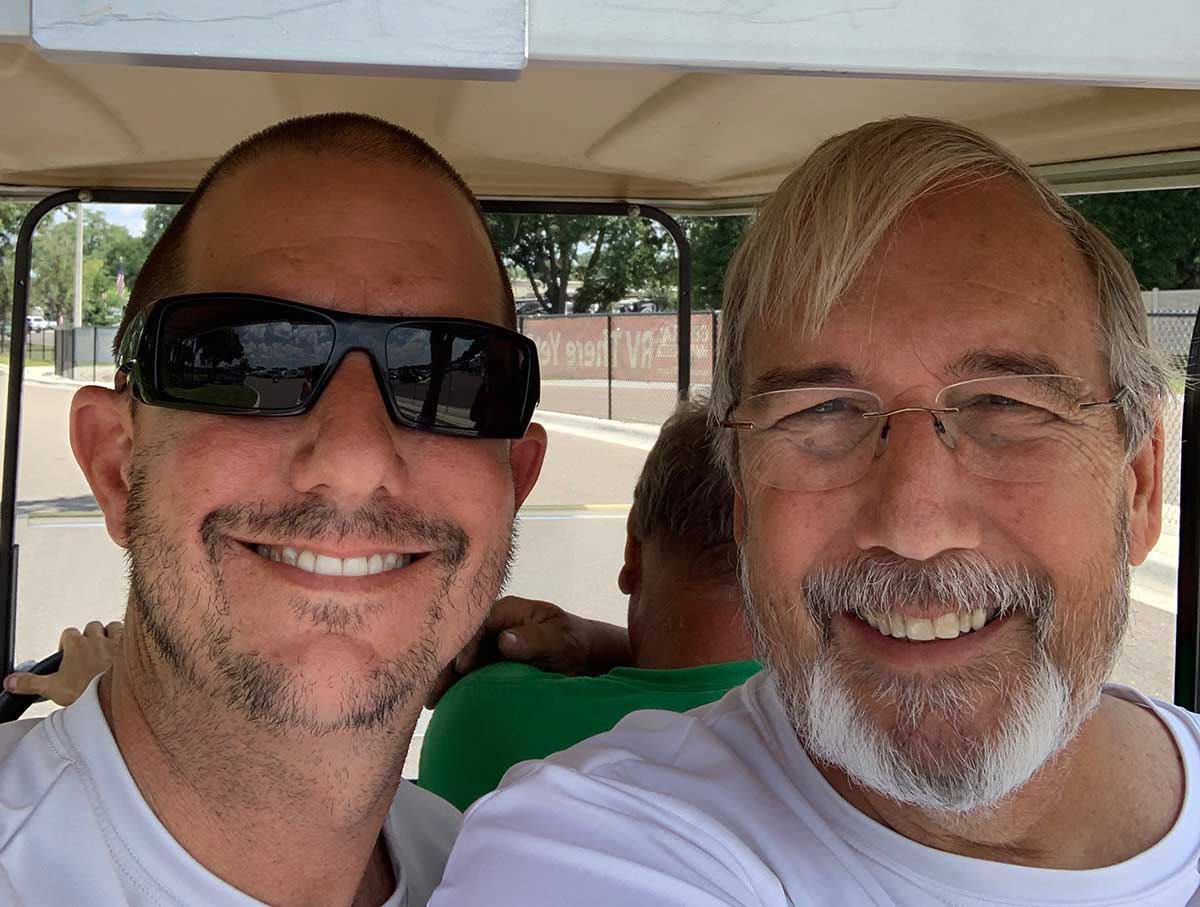 With two incomplete Hawk kits in need of a few parts here and there, Bob was delighted, as most of the CGS Hawk family members were, to hear that Terry Short had acquired CGS Hawk from the second company owner, and that kits and parts were once again available from Terry’s shop at the Lake Wales Municipal Airport. Bob contacted Terry, who invited him to visit the Lake Wales facility, which developed into a friendship as they worked together to complete the two pending Hawk projects.

As stated above, the entire Hawk community seemed to be revitalized with Terry’s resurgence of the company, and as a result, Terry had more requests for planes, kits and parts than he could reasonably fulfill in a timely fashion. In an effort to provide current and pending Hawk owners with the level of service necessary to meet demand timely, Terry approached Bob to acquire the manufacturing and product/parts support rights to all Single place Hawks, (Classic I, Arrow I, Sport, Plus and Ultra). Terry would continue to maintain all rights to all 2-Place Hawks, (Arrow II, SLSA and 2-place ELSA).

The storied history of CGS, dating back to before the 1982 introduction at Sun n Fun was a huge determining factor in Bob’s decision to become involved in the brand, and honoring Hawk’s reputation is key in his forward-looking business plan.

In the three airshows attended by Hawk in 2018, Sebring, Sun n Fun and Oshkosh, a very simple question was posed to over 400 people stopping by the Hawk vendor site, “have you ever heard of CGS Hawk before?” It was a pleasant surprise, and a true testimony once again to the Hawk’s fabulous history, that only 13 respondents, or around 3 percent, HAD NOT, heard of our Hawk Aircraft.

Since no product line is absolutely perfect, Bob and his sons began asking questions of the Hawk faithful, as to how the build process could be improved, yet remain consistent with the aerodynamic design that has been time tested and helped coin the phrase – “Hawks just fly really well”. One theme heard somewhat consistently was the need to upgrade the builder’s manuals and drawings, which in some instances were authored in the late 70’s and early 80’s. Also, comments were received about the consistency of individual parts from one Hawk kit to another. This issue has been somewhat challenging to address, with the company changing hands twice over the past 10 years, and the original manufacturing jigs dating back to the same 70’s and 80’s. So, while we are committed to being responsive to tech support, parts orders and kits orders, we are simultaneously working on addressing those concerns, with appropriate upgrades.

One such upgrade to the manufacturing process, came about as a result of one of the Hawk’s most faithful owners/builders, sharing his personal knowledge and direct experience, about the benefits associated with a calibrated jig/fixture for the Hawk fuselage assembly. Jerry Smith, from Ohio, reportedly owned the only such jig/fixture in the country. He developed that fixture as a result of the 25+ Hawk aircraft he personally built, assisted his friends’ builds, or, friends who purchased pre-owned Hawk’s that did not fly “hands off”, as they were designed to do. Jerry would mount those “crooked” fuselages in his fixture, and was able to straighten them up, to “fly right.” Jerry is a true craftsman, with the added benefit of over 3,000 of flight time in various Hawks. Not only has Jerry been a mentor to the Bob and his family, he also agreed to assist in creating a new and improved fixture serial #002, with the help of another master craftsman and welder, Andy Bolinger, also from Ohio. Fixture #002 is currently being utilized to create all  Single & Ultra kits, in an effort to augment consistency.

Now that you’ve heard our story, check out our CGS Hawk models!